The cellular structure of detonations: methane-oxygen

- July 11, 2013
The sequence of images illustrates the dynamics of cellular detonations.  The mixture is stoichiometric methane-oxygen, at an initial pressure of 3.5 kPa.  The detonation wave runs from left to right.

After the collision of triple points, the non-reacted gas accumulated behind the weak lead shock seperates from the lead front as a large pocket.  This pocket contains non-reacted gas.  The pocket is thinned out from the edges within a cell cycle.  The absence of notable gas dynamic events upon the pocket reaction (strong pressure waves) is indicative of diffusion assisted combustion.

The slip lines emanating from the triple points, separating burnt and unburnt gas, develop Kelvin-Helmholtz instability.  This is characterized by the formation of whirls and resulting filamentary structure of the reaction zone interface.  These slip lines terminate with a jet pointing towards the Mach shock.

The frames were recorded in 19-mm by 200-mm cross-section channel.  The image height is 200mm and the inter-frame time is 11.5 microseconds.  More information can be found in Rohit Bhattacharjee's Masters thesis (2013). 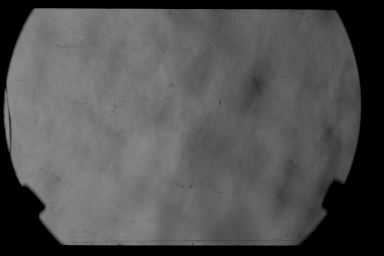 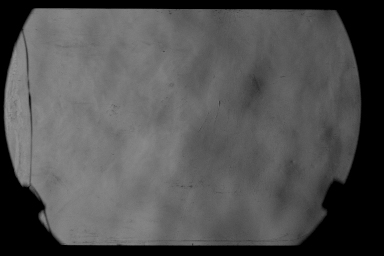 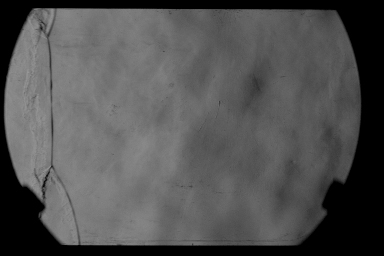 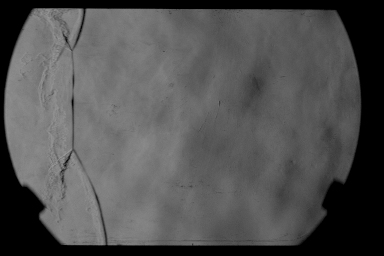 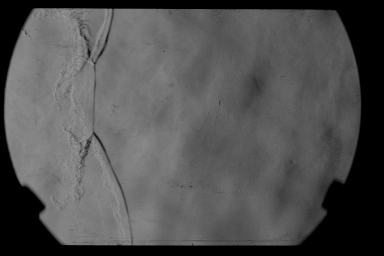 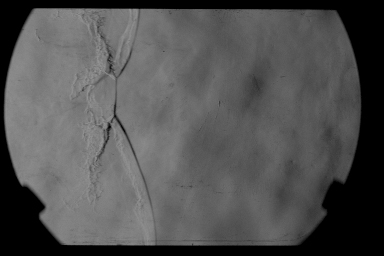 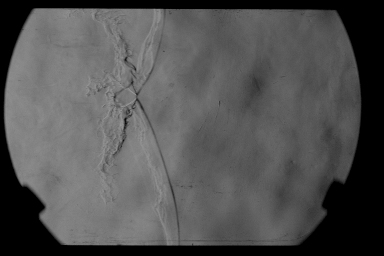 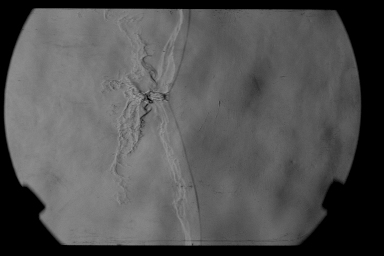 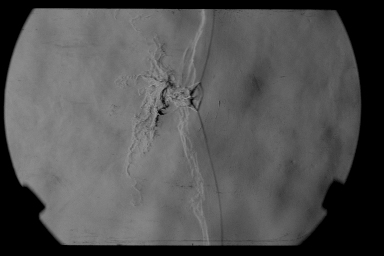 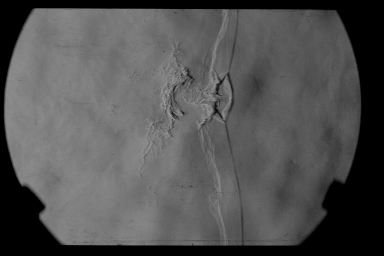 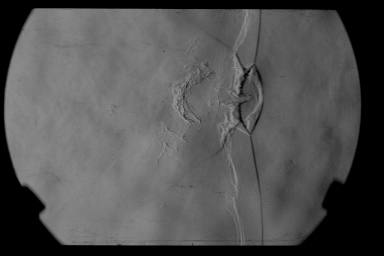 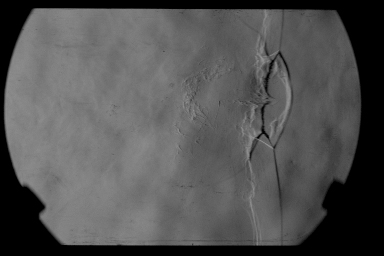 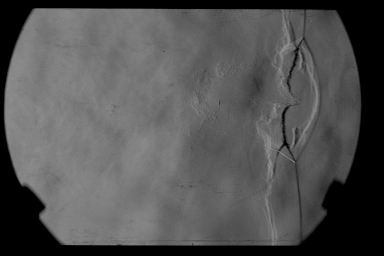 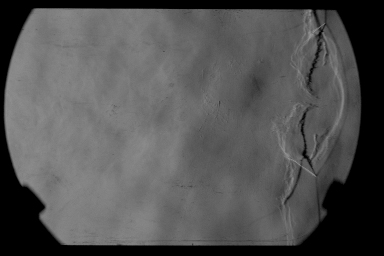 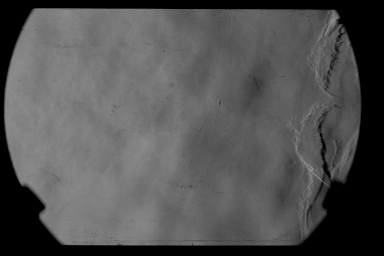 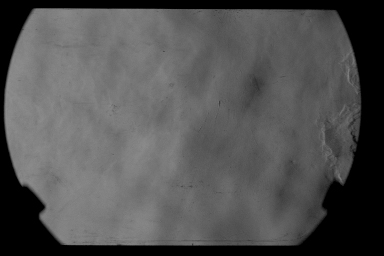 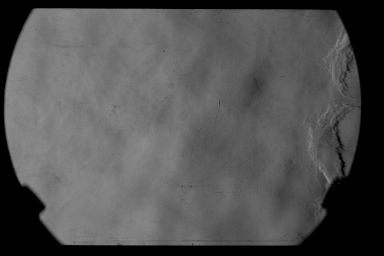