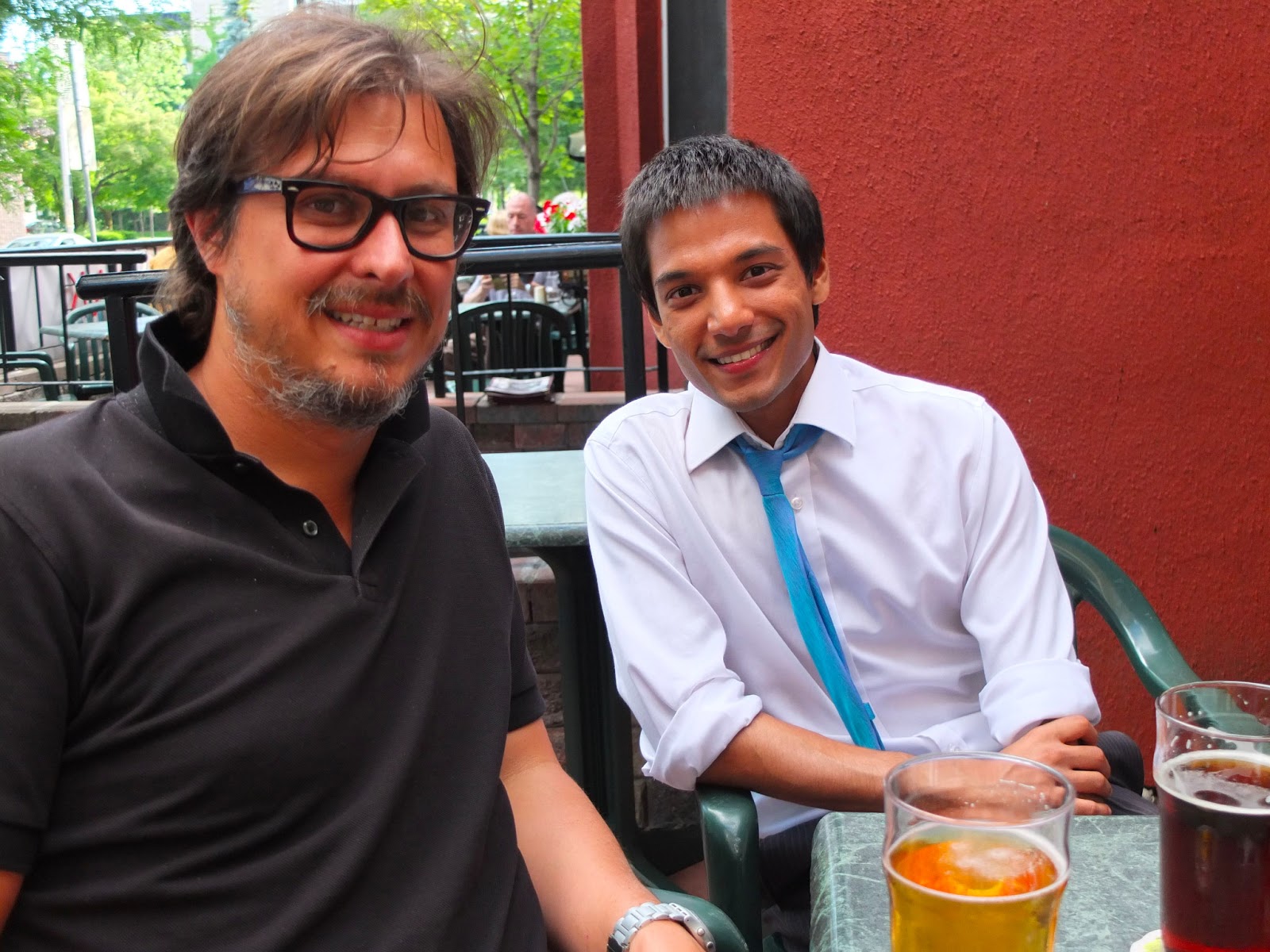 Detonation waves are supersonic combustion waves that have a multi-shock front structure followed by a spatially non-uniform reaction zone. During propagation, a decoupled shock-flame complex is periodically re-initiated into an overdriven detonation following a transient Mach reflection process. Past researchers have identified mechanisms that can increase combustion rates and cause localized hotspot re-ignition behind the Mach shock. But due to the small length scales and stochastic behaviour of detonation waves, the important mechanisms that can lead to re-initiation into a detonation requires further clarification.

If a detonation is allowed to diffract behind an obstacle, it can quench to form a decoupled shock-flame complex and if allowed to form a Mach reflection, re-initiation of a detonation can occur. The use of this approach permits the study of re-initiation mechanisms reproducibly with relatively large length scales. The objective of this study is to experimentally ellucidate the key mechanisms that can increase chemical reaction rates and sequentially lead to re-initiation of a decoupled shock-flame complex into an overdriven detonation wave following a Mach reflection.
All experiments were carried out in a thin rectangular channel using a stoichiometric mixture of oxy-methane. Three different types of obstacles were used, a half cylinder, a roughness plate along with the half cylinder and a full cylinder. Schlieren visualization was achieved by using a Z-configuration setup, a high speed camera and a high intensity light source.

Some excerpts from his thesis... 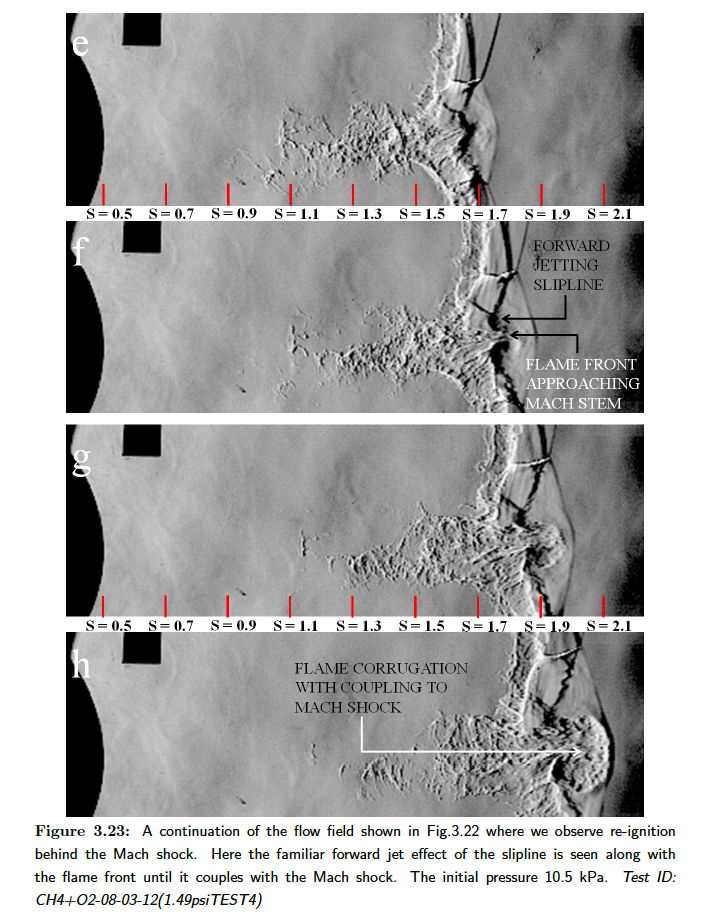