- January 31, 2013
Nick was also nominated for some fancy award - en route for the Sirmas instability and a promising PhD. 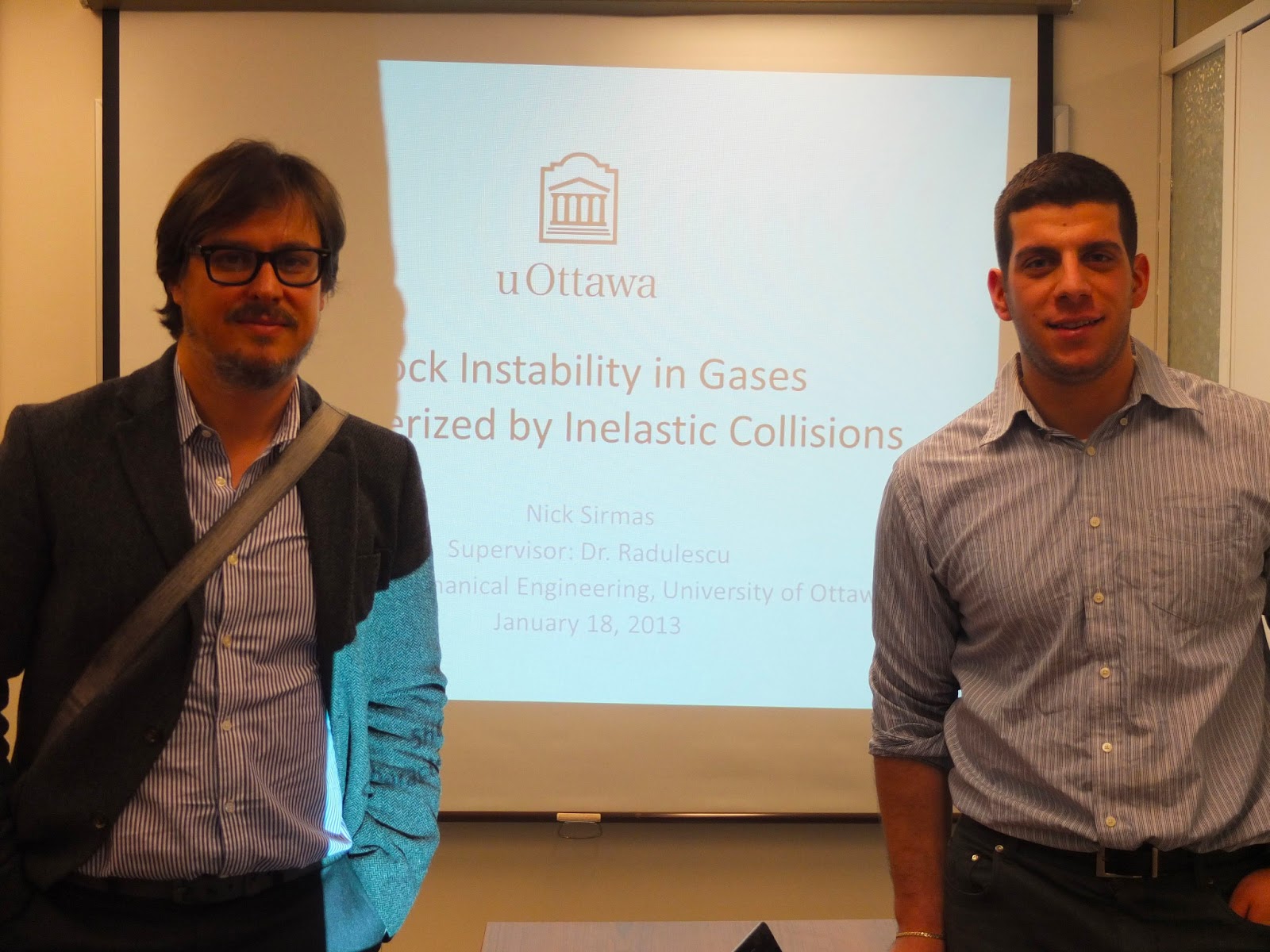 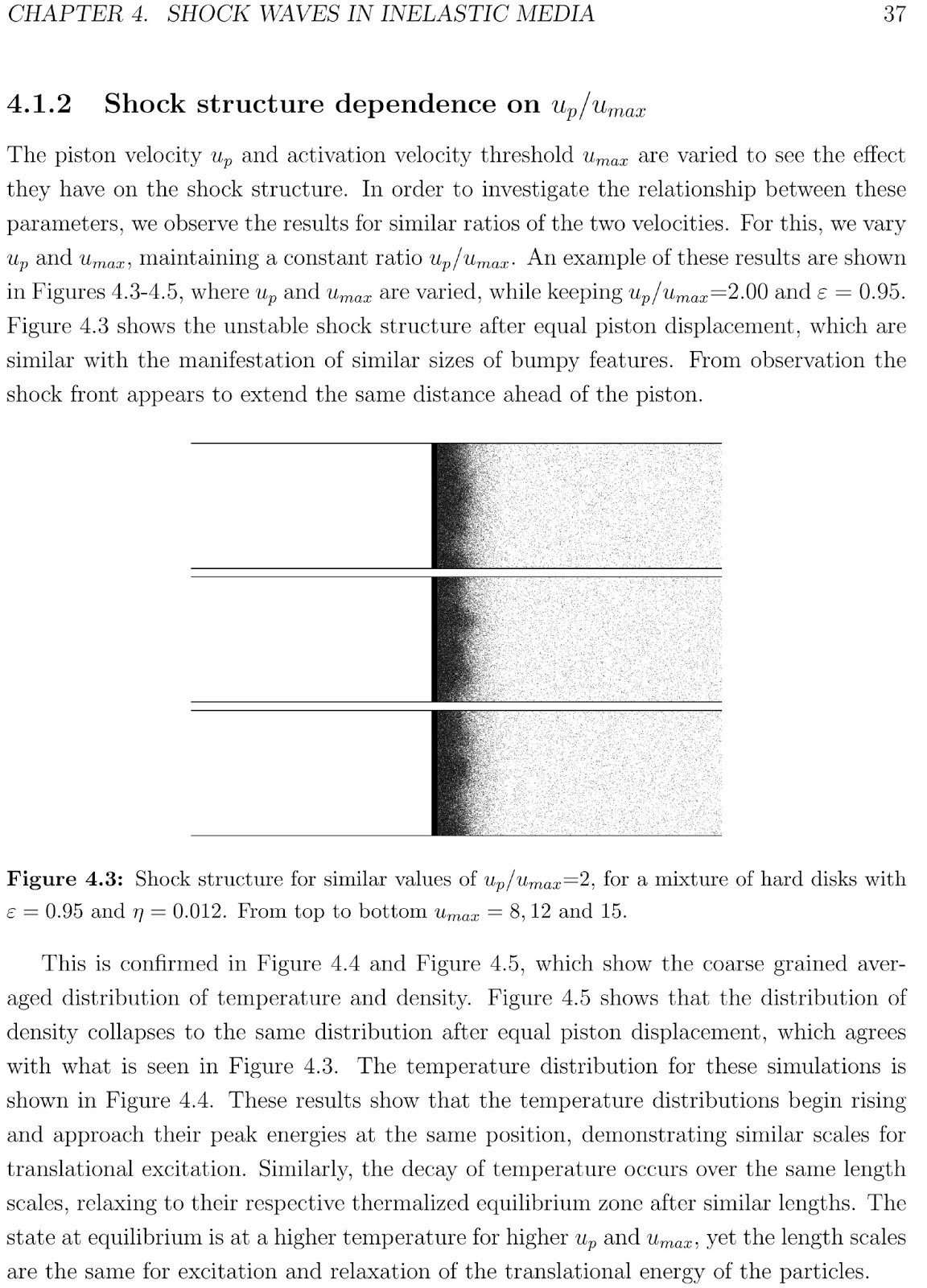 The current study addresses the stability of shock waves propagating through dissipative media, analogous to both granular media and molecular gases undergoing endothermic reactions.
In order to investigate the stability, a simple molecular dynamics model was developed to observe shock waves and their structures with the inclusion of energy dissipation. For this, an Event Driven Molecular Dynamics model was implemented in a 2D environment, where a molecule is represented by a disk. The simulations addressed the formation of a shock wave in a gas by the sudden acceleration of a piston. Inelastic collisions were assumed to occur only if an impact velocity threshold is surpassed, representing the activation energy of the dissipative reactions. 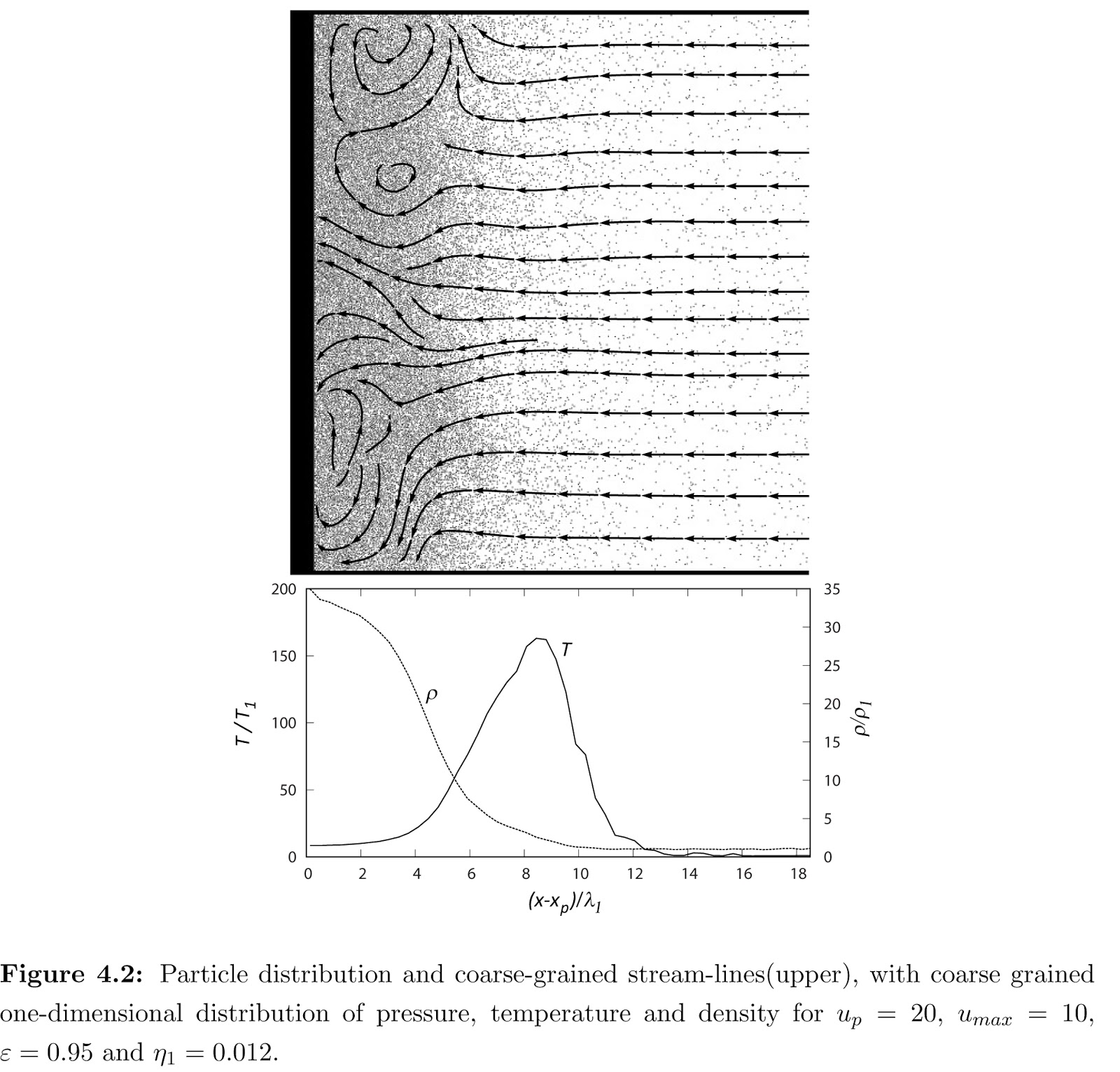 Parametric studies were conducted for this molecular model, by varying the strength of the shock wave, the activation threshold and the degree of inelasticity in the collisions. The resulting simulations showed that a shock structure does indeed become unstable with the presence of dissipative collisions. This instability manifests itself in the form of distinctive high density non-uniformities behind the shock wave, which take the form of convective rolls. The spacing and size of this ``finger-like" unstable pattern was shown to be dependent on the degree of inelasticity, the activation energy, and the strength of the driving piston.